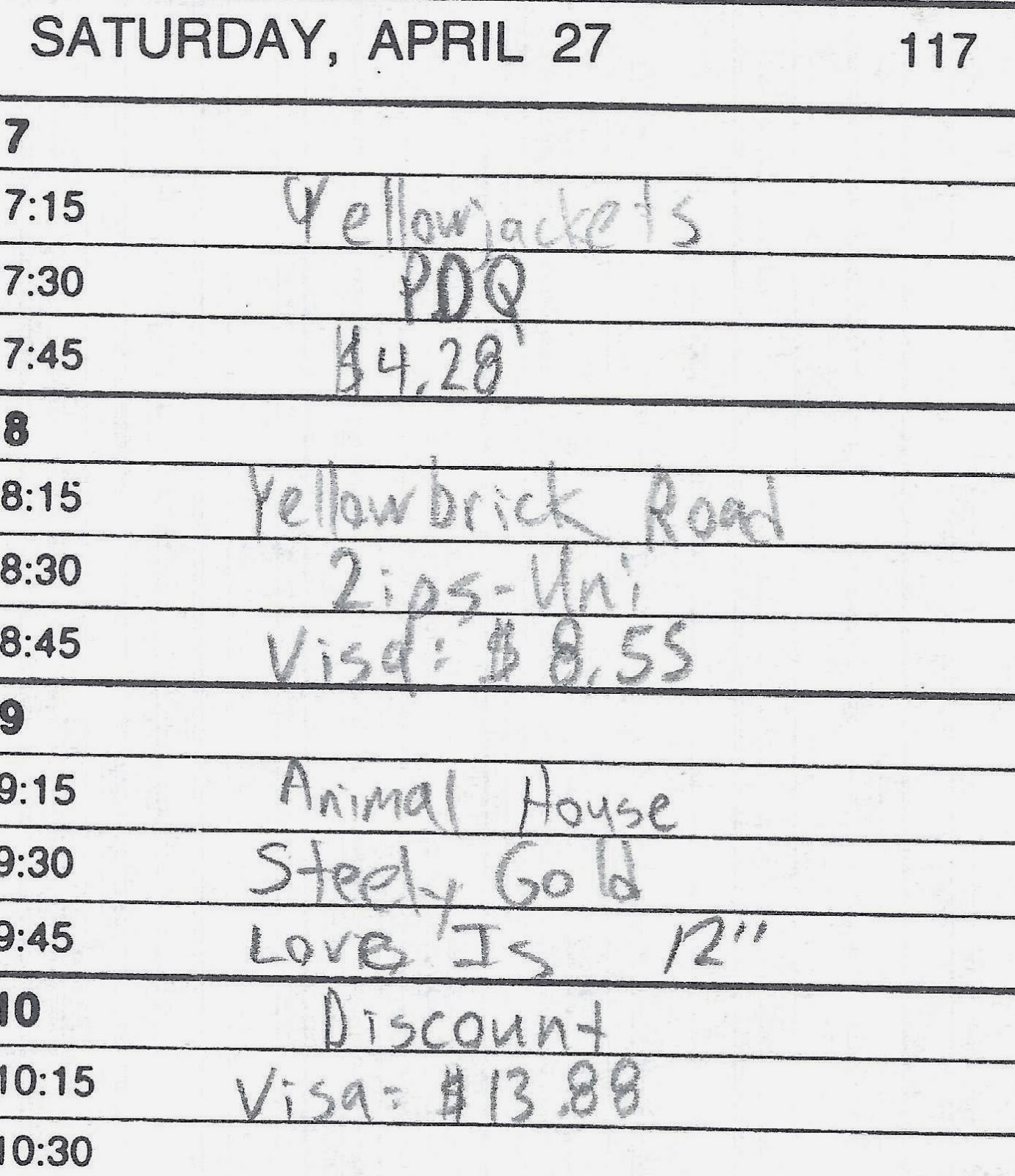 I don't recall my nineteenth birthday as anything special.  But earlier in the day, I spent a rare Saturday down at the University where I was rapidly losing my academic scholarship.  Within two years, I'd be married with a baby girl on the way. And buying CDs almost exclusively. 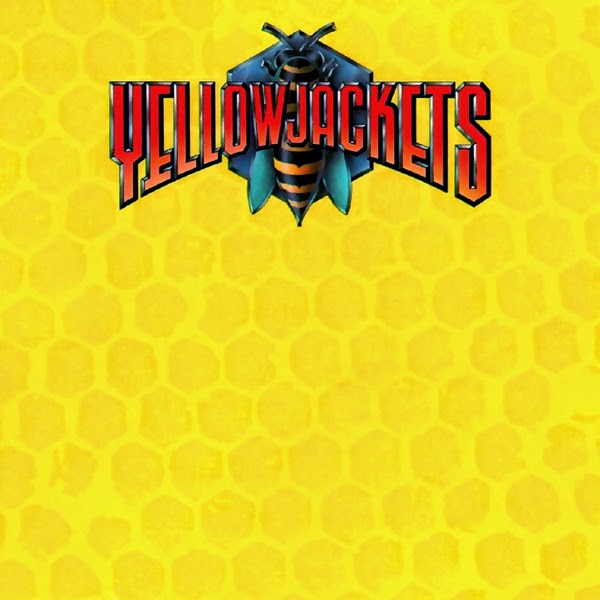 The guy that turned me on to the music of the Yellowjackets also turned me on to The Clash and Depeche Mode.   His name was Mike and he did it all via cassettes I listened to on my Walkman during Drafting class.  I made the cassette of the first Yellowjackets album last nearly four years but it finally broke in 1985, maybe a month before I found a vinyl promo copy of the album at PDQ. 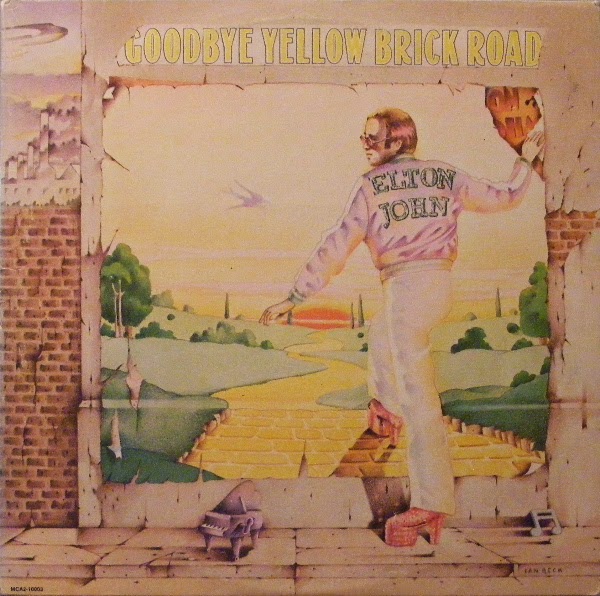 Have you ever purchased two albums on the same day with "yellow" in the title?  I have.  My good friend Doug was/is a HUGE fan of Elton John's music and though his enthusiasm was contagious, we still disagree on this album:  I love it while he feels it is "bloated and over-rated". I still can't understand how "Grey Seal", re-recorded for this album, wasn't one of John's biggest hits.  (The original version, from three years prior, is shite, to be polite.  Not a fan of The Band Perry's 2014 hicked-up cover either.) 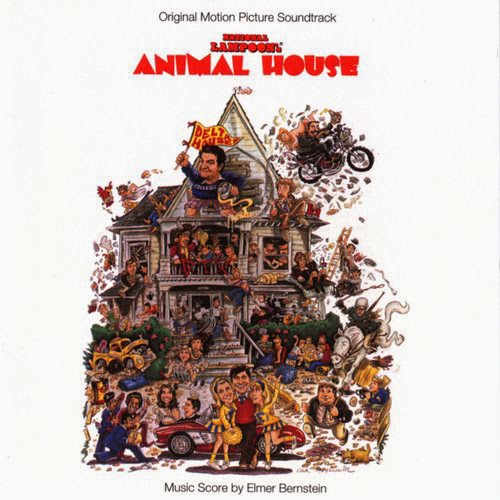 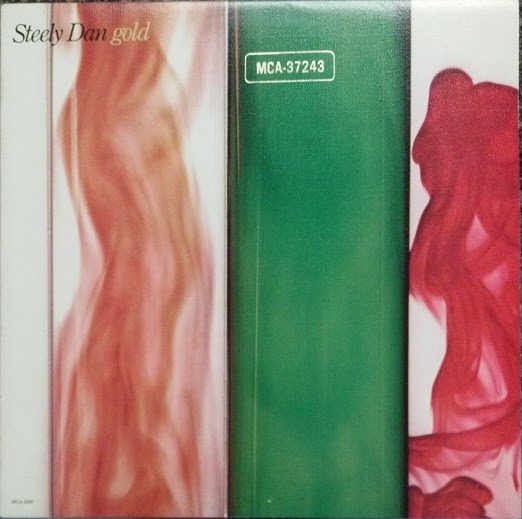 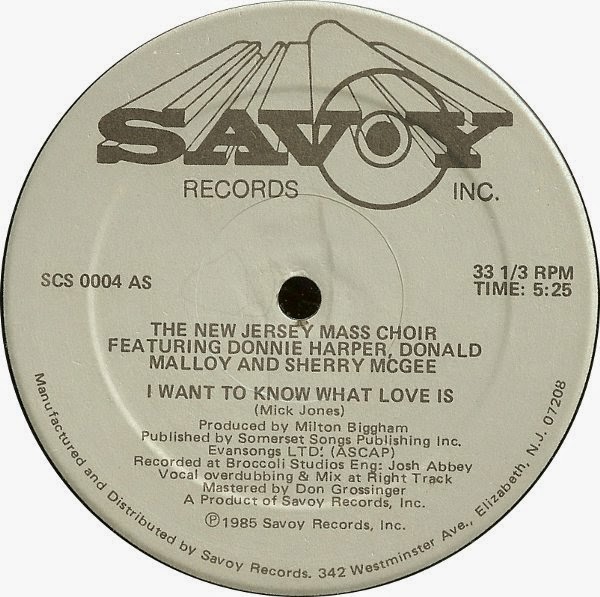 
Two albums on the MCA label, Goodbye Yellow Brick Road and the Animal House soundtrack, are the only two survivors on the Vinyl Wall.